We briefly report here on Microlabs 1, 2 and 4.

Microlab 1 focussed on introducing the project, its aims and ambitions, and, in turn, was a test of the Microlab structure itself. It included a 2 hour workshop facilitated by Greg More (CI) on mapping that examined the concept of a digital platform. This workshop was structured on the the three layers presented in the project’s ARC grant application:

In the workshop participants were shown a series of digital platform ideas for context and discussion, including: social media networks (e.g. Facebook), the internet as physical infrastructure and digital protocols, art projects addressing privacy/intimacy through digital technology, and mapping space through Twitter data. Participants were asked during the session to reflect on these precedents, and respond to a series of tasks using post-it notes and comments to capture ideas related to the following questions:

A third task near the end of the workshop—using the same method—asked participants to consider questions regarding the current, near and future horizons of digital technology:

Ideas and comments generated were grouped and clustered by affinity and discussed as a collective.

The feedback from external participants about the timing and structure of this initial Microlab was very positive, and the intellectual capital resulting from the structure became apparent. At the concluding session of the day, the concept of ‘mapping’ flows and organisational operations was discussed a valuable activity to undertake at future workshops.

For future Microlabs, we resolved to integrate activities that bring ‘people into the room’ to map, draw and articulate ideas through mapping processes. It was also agreed that new research ideas emerging from Microlabs would be supported as activities between sessions, sometimes undertaken by guest researchers. For example, two clear ideas for further research and development emerged from Microlab 1 discussion and reflection:

Microlab 2—which focussed on Chamber Made as a organisation and how it connects with artists and audience—involved a workshop of ideas relating to audience using customer journey maps. Jeremy Yuille (then RMIT University lecturer) facilitated a 2 hour session with Greg More (CI) to generate journey maps for Chamber Made audiences. A customer journey map is a technique of mapping how a customer experiences your service or product by visually showing each touchpoint (connection) the customer makes with your organisation.

In this workshop, we broke into three groups to map how audiences connect with a range of different Chamber Made offerings: Salons, Performances, Little Operations. Initially we asked each group to think of and list as many audience types/groups that engage with Chamber Made operations. Using post-it notes, these lists were positioned on a wall and arranged by affinity (e.g., clustering of groups: family and friends, sponsors, production groups).

This audience collation was then used to aid the production of customer journey maps, with each group focussing on one of the Chamber Made offerings. This activity generated three diagrams that flow from left/right or top to bottom to indicate time, illustrating how audience members connect with Chamber Made at different times of a project or event. The three maps increased understanding of audience and organisational connections, and started to identify tribes/groupings and their loose or tight connections with CMO operations.

The industry workshop held on Thursday afternoon as part of Agile Chambers explored how external industry guests could work with researchers and Chamber Made to map relationships between audience, artists and organisation. Building on the experiences of past Microlabs, this workshop was less about using tools of affinity mapping or customer journeys, but more about using the ability of groups to make interpretive maps of how these relationships can be figuratively represented.

The mapping exercise used in this session brought the external industry guests into the project. By examining the connections between organisation, artists and audience, themes common to both industry and Chamber Made were explored. The groups collaboratively generated unique visual artefacts offering insights about the landscape that small-to-medium arts organisations need to navigate.

This session commenced with the following statement: “Today we want to map and unpack the tensions between audiences, creatives, and organisations.” A diagram was presented of how the organisation, audience and artists form a triangle, and the edges of this triangle are relationships that can be given thematics of: transaction, experience, collaboration.

Each of the three groups was assigned a relationship and a thematic (e.g., Relationship: audience/artists. Theme: experience) on which to focus, and then asked to undertake the following mapping activity: “Draw a map of the landscape. A map of collective of experience”.

For this exercise we knew that the people in the room could interpret the openness of the brief, and explore concepts with artistic confidence. The groups were encouraged to explore the contradictions, tensions, and affordances offered in their relationship and thematic pairings. And also focus on the connection between ‘live’ performance and ‘digital’ (Digiworks). Following initial introductions and discussions, the groups were given 45 mins to draw their maps.

The outcomes of this exercise lead to a rich set of approaches to the different themes:

Organisation/Audience: This group explored the idea that the audience is like an ocean. Using the  metaphor of flows, lakes, rivers and currents, the group developed a spatial representation of a landscape, including islands and archipelagos, to unpack the different ways in which audiences connect with organisations. Conceptually, this group promoted the ideas that organisations need to consider what type of ‘flow’ created this connection, and recognise that concepts of ‘audience’ are now fluid and temporal depending on attention requirements and media platforms inherently dictated by the audience itself.

Artist/Audience: This group promoted the idea of creative works having viral or infectious potential. Drawing on visual metaphors of biological cells the group presented a series of interconnected cells that link artists and audience. A key takeaway concept was that artists look to ‘infect’ audience through providing a unique experience as means of transmitting ideas and concepts within society.

Organisation/Artists: This group created a diagram of the act of creating a work over time, and the personnel and artefacts that take form in this process. Read from left to right, or top to bottom, the diagram created by the group formed a virtual archaeology of a project, and how if one ‘digs’ deeper into the project history, the initial seeds, concepts, that brought people together around a project idea can be uncovered.

What is a Microlab?

It’s a coming together around a project or initiative to workshop, research and develop, to test, prototype, discuss and direct future activities. It is more than a workshop: broader in ambition than a sprint and less arduous than an incubator. A Microlab is a perfect event structure to advance creative projects, enable organisations and enhance and harness value.

Why host a Microlab?

Microlabs (interdisciplinary workshops) enable creative organisations to access new knowledge, skills and expertise, and build interdisciplinary networks. They bring together participants from diverse disciplines, sectors or practices to investigate questions, themes or issues confronting creative arts organisations. There is no prescribed formula for a Microlab, with the structure evolving in response to specific project needs and participants.

Who to involve: developing a project brains trust

Invite 2-3 people external to your organisation, from beyond your daily networks, and let them be part of your project. Accommodate, feed and pay them, and enable these guest knowledge agents to infect and push your projects in new directions during the Microlab and beyond.

Fill the room with people associated with your project, its core delivery team, or others that contribute to its outcomes (think contract creative staff or potential collaborators). It helps if in the room there are individuals with project management and communication skills and experience to run the Microlab, direct conversation, and articulate and reflect on proceedings. The key requirement for the group is an open-minded willingness to engage, be mentally flexible and self-reflexive, in a process of exchanging ideas and knowledge.

Find a venue that enables 8-12 people to be part of the Microlab. Think large meeting space or room with trappings that enable people to think differently and outside of their day-to-day roles. Make sure there are large tables around which discussions or other activities can take place (drawing, mapping, word-play).

Bring equipment to record the sessions and capture those crucial moments of insights simply with audio recorders (Zooms). Bring sheets of paper (so people can map things), white boards, post-it notes (of course), large digital screens or projectors and a sound system so that any material can be see and heard. Consider broadcasting part of the Microlab—turn it outwards—to enable an external audience to connect with the ideas (e.g., Periscopic, Facebook live).

Structure main days of Microlab as 1 ½ days of guided activity for the participants. The second day (shorter of the two) is primarily about reflection and direction setting. So plan the first day as the one that gets everyone up to speed.

Imagine, envisage and create diverse activities, such as:

The Agile Opera Project proposes five guiding principles to draw upon when hosting a Microlab:

A Microlab is a workshop format developed, tested, and evolved as part of the Agile Opera Project.

Microlabs weave together the research environment of a university with the high-intensity production environment of a small arts organisation. An evolving calendar of one-and-a-half day workshop schedules, each closely connected to Chamber Made performance activities, is led by a group of five research associates from diverse disciplines, with guest research associates participating on a flexible basis.

During the evolution of the Microlab structure we adapted and refined the approach to match the current context of the project. Looking at four of the completed Microlabs reveals the value of bringing into the project techniques of mapping, sketching and drawing to enable participants to create shared artifacts that unpack and communicate elements of the project at large. At the macro level we first introduced and examined the project, followed by an investigation of the organisation focussing on artistic production. The process culminated in a mapping exercise drawing diagrams of relationships: audience/organisation, organisation/artists, artists/audience.

Microlabs are a critical component of the Agile Opera Project’s success in supporting the industry partner, Chamber Made, to develop a versatile, ever-evolving aesthetic and pragmatic set of relationships with digital technology that serve artwork, company and audiences. Digital technology is an integrated voice in the creative process, mediating and amplifying the company’s artwork and practice.

Industry-academia research partnerships are acknowledged as complex undertakings that present both opportunity and challenge. The complexity originates in the intrinsic—and essential—merging of cultures. As effective components of a complex and multifaceted research project, Microlabs offer a rigorous and adaptable methodological approach helping to answer research questions and generate outcomes that deliver value and benefit to all partners. 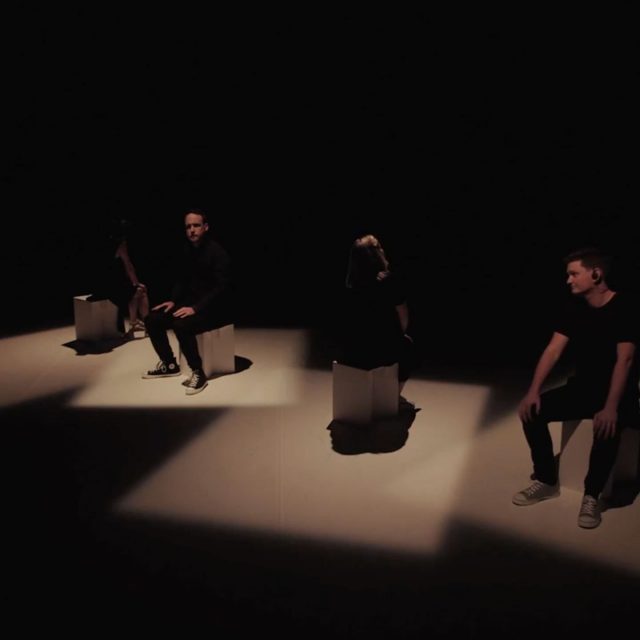 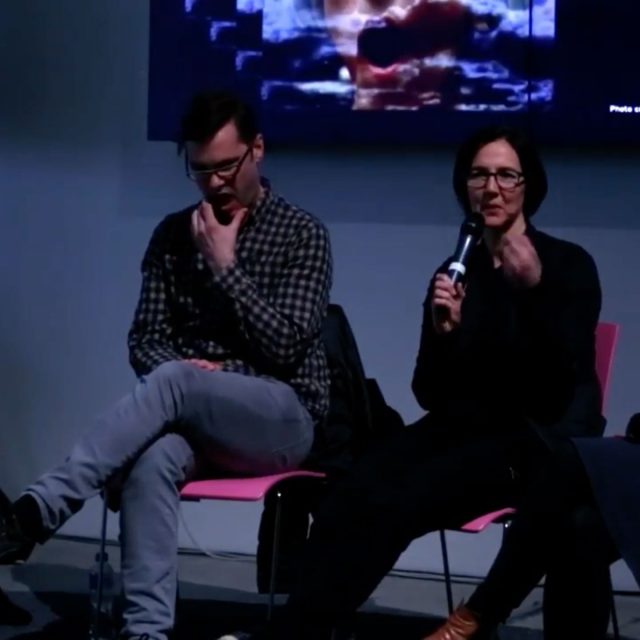 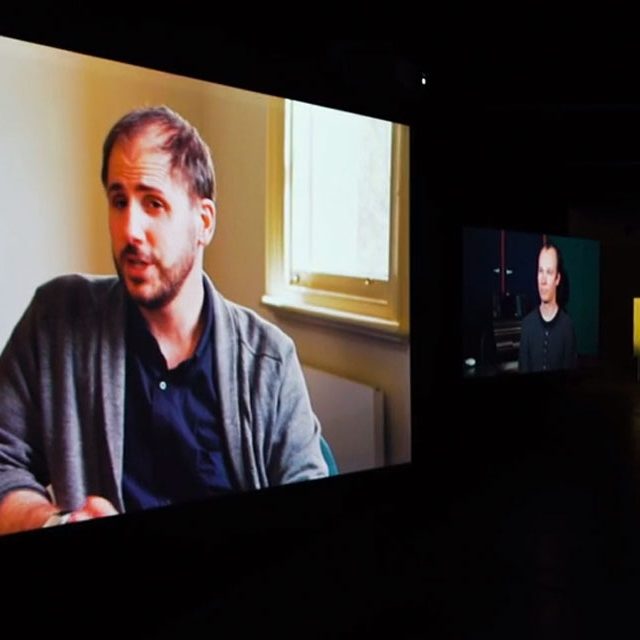